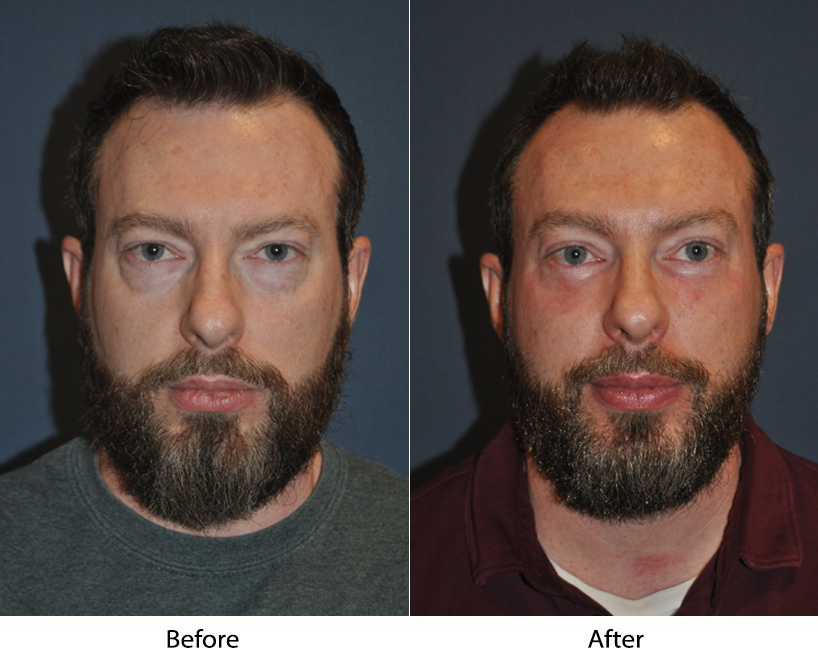 What is a SOOF Lift?

SOOF lift blepharoplasty is surgery to the lower eyelid. Your Charlotte, NC cosmetic facial plastic surgeon developed the technique to address suborbicular oculi fat, which is where the acronym SOOF originated. The surgery corrects the puffiness that can appear under the eyes without making them look hollow or sunken, which are risks of traditional procedures. The result is a youthful, rejuvenated appearance.

Your Charlotte cosmetic facial plastic surgeon has developed an improved technique that mitigates many of the issues caused by traditional lower eyelid surgery. The traditional procedure involves making an incision below the lower lid eyelashes, also called a subsidiary incision, lifting the muscle and skin of the lower lid, and then removing fat from the three compartments behind the orbit. This method is not ideal because it creates a hollow look, since fat stops being produced in the lower lid through aging. The only reason fat appears to protrude in the first place is because the fascial layer of the undereye relaxes, and not because there is an excess of fat. In an effort to fill the now hollow tear trough, surgeons will then graft fat from other areas onto the body, which can result in many issues, including clumping, migration, or resorption of the fat. Finally, a major concern of the traditional approach is that it can cause a change in the position of the lower eyelid due to pressure on its support structure. This condition is called scleral show or frank ectropion, meaning the lower lid is put from the orbit.

Dr. M. Sean Freeman is Charlotte’s most experienced cosmetic facial plastic surgeon. He is certified by the American Board of Facial Plastic and Reconstructive Surgery and the American Board of Otolaryngology. Dr. Freemanhas been performing facial plastic surgery since 1988 and has revolutionized the procedure for lower eyelid surgery. Dr. Freeman performs SOOF lift blepharoplasty, in which a transconjunctival incision is made in the eyelid, and the structure is tightened to contain any protruding orbital fat. He also lifts the mid-face fat from under the lower lid to correct any hollowness. This gives the eye a youthful, smooth look while avoiding the pitfalls of traditional surgery.

Dr. Freeman performs a number of other surgical and non-surgical procedures. This includes upper eyelid surgery, rhinoplasty, lip lifts and augmentations, face lifts, facial implants, otoplasty, also called ear surgery, scar revision, endoscopic brow lifts, injectables, liquid face lifts, and injectable fillers. Dr. Freeman operates out of the Center for Facial Plastic and Laser Surgery, which is a state-of-the-art surgical center in Charlotte, NC. The costs of his procedures vary and include a surgical fee, facility fee, and anesthesia fee if necessary for the procedure.