Rhinoplasty on different parts of the nose 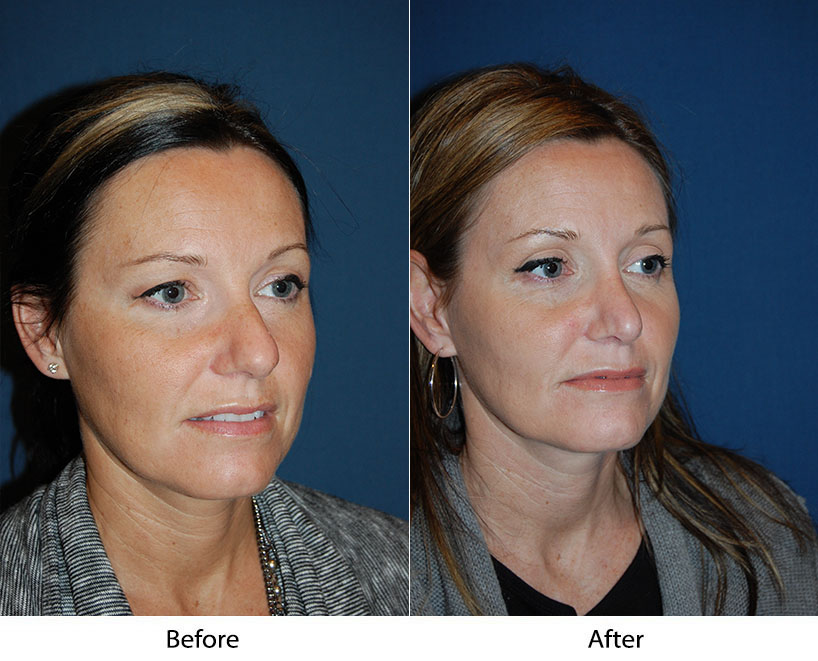 The phrase “nose job” or rhinoplasty covers more than one kind of operation on more than one part of the nose. Most people in Charlotte who need or want nose jobs want surgery on several different parts of their nose, but some people just want a slightly smaller nasal tip, a hump removed from their nose, or narrower nostrils. An experienced facial plastic surgeon can help you decide where and how much surgery you need, and the best way to go about it.

The bridge of the nose

The tip of the nose

A nasal tip that’s too big or that droops slightly can lend an unfortunately clownish aspect to an otherwise attractive face. The best angle to see if the tip of your nose is drooping is from the side, but you may need to take a selfie to see it — getting a good look at the side of your face can be hard even with mirrors. A good facial plastic surgeon starts by looking at the angle of the nasal tip and the upper lip, called the nasolabial angle. This angle should be at least 90 degrees and should be about ten degrees more in women than in men.

Generally speaking, your nostrils should be about as wide as the space between your eyes. A common reason for a nose job is to narrow the nostrils into a space of this width. When performing a nose job like this, a surgeon will often have to fracture the nasal bones in order to narrow the nose at the top before refining the lower nostrils, often using cartilage from the bridge. The surgeon will have to take great care in order to preserve (or create) the perfect symmetry of the nose.

Dr. Sean Freeman is Charlotte’s best rhinoplasty surgeon. He’s been certified by two different surgery boards, the American Board of Otolaryngology (head and neck surgery) and the American Board of Facial Plastic and Reconstructive Surgery. Since 1988 he’s stuck to facial plastic surgery, including nose jobs. Many of his patients have already had nose jobs done by other surgeons, and come to him for revision rhinoplasty to get the results they wanted in the first place. If you live in or near Charlotte and are interested in a nose job, schedule your appointment or online consultation today.